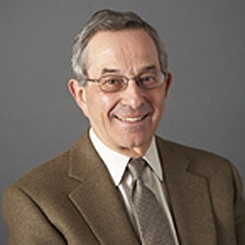 Stuart has authored many articles and catalogues in the field of American Art—both fine and decorative arts—and is a frequent lecturer around the country. He has served for many years on the Advisory Council of the Princeton University Art Museum, Princeton, New Jersey; on the Visiting Committee of the Frances Lehman Loeb Art Center at Vassar College, Poughkeepsie, New York; on the Advisory Council of the Florence Griswold Museum at Old Lyme, Connecticut; and on the Board of the Landmarks Conservancy in New York City. He was elected to membership in the American Antiquarian Society, Worcester, Massachusetts, in 2001.

Stuart is currently working with Kathleen Burnside on the definitive catalogue raisonné of the work of the American Impressionist painter Childe Hassam. His recent Hirschl & Adler exhibitions and catalogues have included Neo-Classicism in America: Inspiration and Innovation, 1810–1840 (1991); Boston in the Age of Neo-Classicism, 1810–1840 (1998–99); Of the Newest Fashion: Masterpieces of American Neo-Classical Decorative Arts (2001–02); In Pointed Style: The Gothic Revival in America, 1800–1860 (2006), For Work & For Play: A Selection of American Neo-Classical Furniture (2007); and The World of Duncan Phyfe: The Arts of New York, 1800-1847 (2012), in celebration of the gallery's 60th anniversary, and accompanied by an extensive 152 page catalogue.

Site by exhibit-E®
Back To Top